Because of the 70th anniversary of D-Day today, and events in Seattle yesterday, heroes are much on my mind. Two, specifically.

My grandfather, Carl Accola, has been my hero all of my life. The heroism for which he’s most noted, his service in World War II, is inspiring, but what always made him my hero was his great kindness. The way he has always conducted himself in his daily life has served as an inspiration to me from as early as I can remember. The lasting images I will always carry of him are the way he and my grandmother held hands everywhere they walked, the condensation on his one evening bourbon lowball as I sat on his lap watching the Cubs, the serious consideration he gives any question, and the wrinkles around his eyes as he smiles and laughs.

In WWII, he served in the Navy. On D-Day, his job was to scuttle his ship to be part of a breakwater to ease the landing of troops on the beach at Normandy. Afterward, he and the crew lived on the deck of their ship, just above the surface of the water, and took on board the wounded until they could be medevacked out to hospitals.

Later in the war, he served in the Pacific Theater, helping to secure Japan after the Japanese Instrument of Surrender.

I can’t begin to summarize how proud I am to be his grandson, and how much I look forward to celebrating his 100th birthday with him in Williamsburg in August. 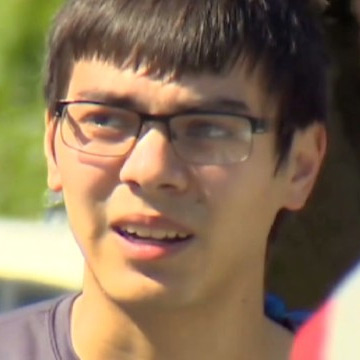 On a heavier note, I’ve been thinking a great deal about Jon Meis today. I’d be completely unaware of his existence were it not for his actions yesterday, which put to an end a mass shooting on the campus of Seattle Pacific University. Jon served as a student monitor in Otto Miller Hall. When a shooter (whose name I refuse to repeat, and am doing my best to forget I ever read) stopped to reload, Jon pepper sprayed him, tackled him, and, with the help of other students, held him down until police arrived. At the end of the attack, one was dead, and three were injured. Were it not for Jon, that number could have been far greater.

Since the attack, Jon has not accepted interviews, and has requested of his friends that they not speak to the press, either. And, while this may be due to shock, it strikes me more as the same kind of humility my grandfather has always had. And maybe it’s intrusive to continue the trend I’m seeing in the media and social networking to write more about him, but I hope he’ll understand that perhaps this is the best thing we can do right now. I’m so grateful to see that, at least so far, this shooting seems a little different, in that far more attention is being paid to the hero than to the shooter.

I don’t want to get too deeply into politics here, because it feels as if nothing is ever going to change with regards to gun policy or mental health administration or media sensationalism. But maybe, just maybe, we individually can make a change. We can choose to spend more time focusing on the heroes and the victims, and to turn away from endless coverage of the people who necessitated that heroes emerge and that victims be mourned. Perhaps, if we change the stations of our televisions and radios, if we don’t click through on links about the killers… if we make it unprofitable for the media to spend so much time on the villains, there will be less villains. Certainly, there will still be murders, but maybe delusions of grandeur will have to find outlets that don’t result in bloodshed.