Love Is the Law (The Suburbs) 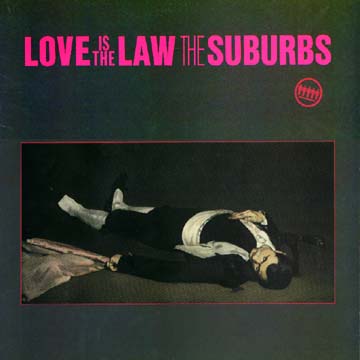 Dead matadors are an oft-seen blight on the landscapes of the suburbs.

Okay, so I initially intended to only blog about improv and occasionally writing. But y’know what? With Interrobang auditions tonight (about which I’m very excited) and having already parsed out some thoughts from the weekend’s performances, I find that I don’t have any topic I’m dying to address today. And The Suburbs’ “Love Is the Law” just came on my Pandora station. And looking back over the series of Nerd Fights in “Quiz Show” (have you subscribed to the podcast yet? The first five episodes are posted, and a new episode will be posted weekly, and it’s free!), I’m pretty sure the only category I ever repeated was 80s music. I love 80s music! And as Susan Messing said, “If you’re not having fun, you’re the asshole.” (And if you need a good post about improv, follow that link.) So… 80s music post! Whee!

I love one-hit wonders from the 80s, and this is among my very favorite (although calling it a “hit” might be generous; its Wikipedia page only mentions that it was a single, and has no reference to any chart rankings). I owned this LP on vinyl and played it a lot. But except for a very vague memory of the song, “Rattle Them Bones,” I’m hard pressed to even hum a snippet of anything else on the album.

Here’s something silly I used to do: every time I played an album, I tallied it on a sheet near the stereo. Each week, I would print out my own “Top 50” chart on our Apple II+. Seems to me that “Love Is the Law” (which was both the title of the album and the single) hit the Top 10 more than a few times. This would have been either during the summer of ’83, when I had my first girlfriend of longer than a week (hi, Nany!) and was doing an original musical titled “Musical!” as a benefit for a center working with people with autism, or the summer of ’84, when I was working at Santa’s Village in Dundee, Illinois, and getting ready for my freshman year at Northwestern. While I listened to albums, I was typically on the computer, either playing rip-offs of popular arcade games (i.e., Gobbler instead of Pac-Man) or programming choose-your-own-adventure games originally published by Flying Buffalo (I remember spending a lot of time programming Goblin Lake, in particular) in Apple Basic. We still used line numbers in those days. I used GOTO and GOSUB a lot. Good times.

Anyway… “Love Is the Law.” I hope you enjoy it. You’re encouraged to get up and dance. Warning: matadors ahead.

Yeah. This reminds me of when I had hair.