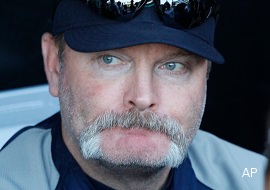 I had that mustache, too, Eric. I know how hard it can be.

Whew. It’s been a very busy couple of weeks, between auditions, callbacks, performances, work, kids… life. And I had the beginning of a post here related to a Steve Almond quote. So I’m just gonna do things all bullet pointy. And I hope the Almond quotes speak enough for themselves in how they relate not just to writing, but to improv as well. Because I’m not going to go into any elaboration just now. Maybe later.

Probably won’t post again til next week(ish). Gotta get the auditions post done for Interrobang, and then I go right into the insanity of 14/48. Which will be amazing, exhilarating, terrifying, and if you’re in Seattle, you should damned well come.